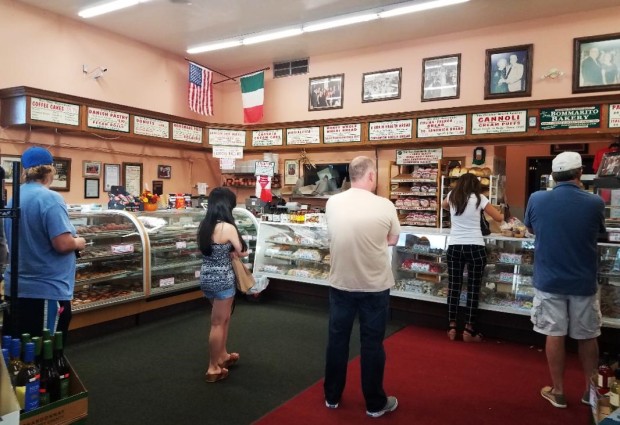 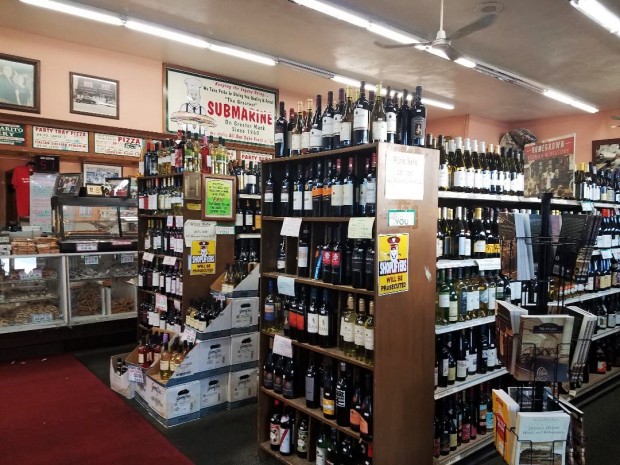 I’d never visited Bommarito Bakery in Saint Clair Shores until a few weeks ago; however, I did have a memorable run-in with one of its cassata cakes a few years ago.

A friend of mine had a party at which she presented the cake; I tried some, and my mind was BLOWN. It was the best cassata cake I’d ever had – which is saying a lot, because cassata cake is one of those things I’m particular about – i.e., something I’d previously specifically entrusted Vito’s Bakery in Clinton Township to make for me, because Vito’s cassata cake was THE cassata cake. It was its cannoli filling, with those chunks of chocolate and the perfect amount of cinnamon, that sealed the deal . . . my family and I have long seen Vito’s as the winner in the cannoli-filling department. But here was Bommarito Bakery totally dethroning Vito’s in my mind. What was happening????

After Bommarito and its bomb cassata cake shook up my world and earned my respect, I knew I had to visit the bakery so I could cover it for the blog. Earlier this month, I finally did and learned that Bommarito is much more than a bakery; it’s also a pizzeria, grocery, and wine store.

The evening I was there was a busy one, as it was the night of the annual Michigan vs. Michigan State football game; people were loading up on grub for their viewing parties. I myself was there to pick up a pizza I’d ordered. While waiting in line to pay, I was able to scope out the shop in greater detail.

Not only is this place a purveyor of freshly baked breads, cookies, cream puffs, cannolis, donuts, cakes, pies, and the like, it also offers sub sandwiches and gelato – in addition to the aforementioned pizza. Then there’s the extensive wine selection and the rows of dry and refrigerated groceries. Bommarito Bakery really has all of its bases covered! Not only can you stop there and pick up some tasty baked goods for your next office potluck, while you’re at it, you can grab some subs for dinner, some wine to accompany it, that milk you ran out of, the bread for the kid’s sandwiches, that mind-blowing cassata cake. . . it’s truly a one-stop-shop kind of bakery!